As Long As You Don't Inhale 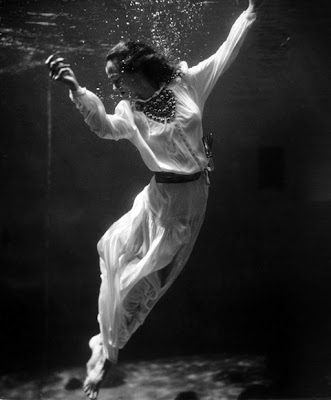 Yesterday afternoon, I was on my way to the Post Office in my truck to drop off packages. I was listening to Bad Lieutenant really loudly and I was happily chewing on a bologna sandwich my husband so lovingly made for me. I had taken a big bite, so to wash it down, I grabbed my bottled water and took a big swig and the end of my final swallow. Well, apparently I forgot how to swallow, so instead, I believe, I inhaled an entire mouthful of AGUA and my lungs seized.

I was driving 40 mph, but luckily I was yards from the Post Office. I was heaving and choking, but no air was getting into my lungs. I recklessly pulled into the parking lot, almost hit three parked cars and pulled into a space. I don't even remember pulling in and putting it into park.

I remember feeling like I was underwater because I wasn't choking on food, I was drowning in water! I tried to inhale ever so slightly just to get enough air into my lungs so I wouldn't pass out. I felt another seize. I felt my lungs shut off. Then, a cough forced out a spatter of water out of my lungs. Again I tried to eep in some air...again, I gacked out a tiny spray of water. I was feeling light headed and like someone had my lungs tacked down like they have frogs tacked down before they dissect them in science class. I knew I needed to get more air in quickly or I was going to pass out. I was looking around to see what I would do if I wasn't making my own progress. But I was seeping air into my lungs, s l o w l y . . . .

For the next ten minutes I continued to gasp, gack, cough and spew water in that parking lot in my truck feeling really stupid and lucky at the same time. When did I forget to swallow water? It's one thing when someone chokes on food, but inhaling an entire mouthful of water? It sucks enough to inhale a few drops!! We've all done THAT before.

I guess yesterday was my unlucky and lucky day. Not that this is a monumental story or anything, but it scared me. The idea of not breathing and not seeing an end to it was scary to me. Air is good and I was alone so counting on myself when I'm freaked isn't comforting one bit!

Pay attention when you are drinking. How stupid would that have been to be in the headlines??

I would have been mortified.

Email ThisBlogThis!Share to TwitterShare to FacebookShare to Pinterest
Labels: personal

Oh my god!!! I hate choking so much that I was cringing the whole time I read this. And your potential headline, "Joanna Schmidt drowns in Post Office parking lot" made me laugh out loud. Sorry.

Wow! That is scary. I'm so glad you are ok!! I can only imagine how terrified you were. I've heard people can drown in a tsp of water and I guess that is true :(

Michelle - if I KNEW THAT I probably would have peed myself and really panicked. whew.....

Oh my goodness Joanna! I'm so happy you are ok! Scary stuff!

Good God! That's such a scary feeling. I'm very glad you were not in the headlines. That's the same reason I can't eat melted cheese...

Omg! Thank goodness you're ok! What an insane story. The things we go through to get packages to the post office ;)

somehow I knew that, or do we all. As grandma always said: eat slowly and drink slowly, making this otherwise!
Thank God everything went well.

Well thank goodness you're ok! That sounds like it was scary - I would have been freaked out for sure.

Eips!!! After once nearly choking on a fish bone, I can only image the fright you must have gone through. Thank goodness your body sorted itself out!

Wow. I am glad you were able to figure out how to deal with it as it was happening. Thank goodness you are ok!

There is a performance artist named Chris Burden who actually tried to breathe water and had someone film it. I remember watching it in art school.

One of my favorite quotes: "Be happy so long as breath is in you"...glad you are ok!

Oh bless your heart, that was a traumatic experience! I'm so glad you are feeling better now!

Oh no! That must have been scary. Choking on water is freaky, I once got sat on when somebody fell over me on the beach. There was a huge wave, and I almost drowned. "Kid Drowns After Being Sat On at the Beach" not a good headline.

I am so happy that you got through it! Suffocating sounds like one of the scariest things a human can experience. I am glad you are here to tell us the tale. Warm wishes.

Oh no! scary all right. I'm so glad you're OK as I'd miss your posts. Please Joanna, no more drinking and driving:)

So glad it turned out OK, and that you had enough presence of mind to stay as calm as you did.

I have asthma and any little bit of choking will set off an attack for me, so that only an inhaler will stop the gasping. But it's tough to use an inhaler when you can't breathe.

I'm glad you didn't end up a stupid headline. :)

I had that happen to me once....chewing on food and took a gulp of drink and it just didn't go down right! Holy Coughing fits Batman!! Must have been gasping and coughing forever...it's just an awful feeling. So glad you're okay!!