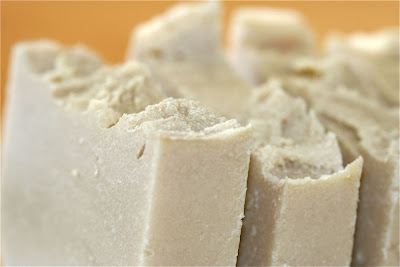 My Sexy Laundry Day Spa Bars That are all lined up and going FAST at my store. I should be making these every week!

To everyone who wished me well, thank you so much. I am still weak and slow moving, but I am at work, moving around and NOT in bed anymore. I had a fever and slept for days with a little time on the computer. Aches were awful. No, I had no SWINE FLU. You can call me a pig, but don't ever call me a swine.

Ooooo, lookie what I found over at Artfire and Etsy!!! Some sugar goodness for you to drool over. I find it is better to bathe with sugar than to eat it. And it is WAY better for your skin!! 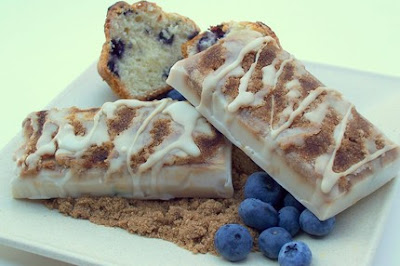 Blueberry cobbler brown sugar scrub in a bar with blueberry yogurt $4, by BubblesUpByBethieB 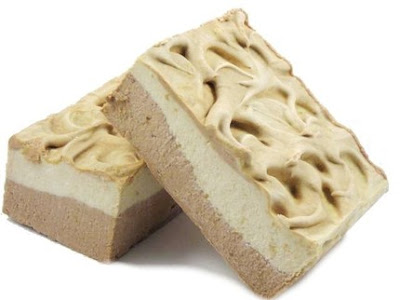 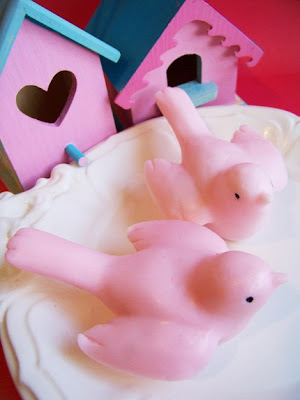 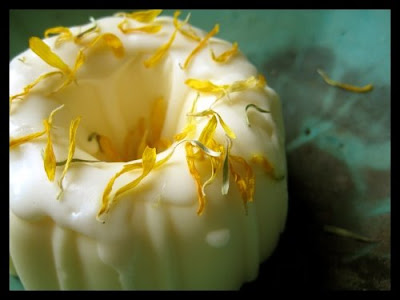 Soapmaker's Getaway - I Have Dream

My big fat brain has been thinking about a soapmaker's retreat location for well over a year now. Way back when, I had hoped that I could arrange a soapmakers get away here in Florida sometime during the Winter months and get a boat load of soapers together in one place. Who knows? From all around the world maybe?? I think many of us have made friends and acquaintances through this blog and through the soap community in general.

My dream consisted of a large 10-15 room mansion with a huge living room and dining room where we could all gather and get to know each other and relax and cook for each other. I also envision a commercial kitchen (?) where we could make a few batches of soap ..... a workshop or two planned for one day and the next, treated as a retreat poolside or beach side or whatever. 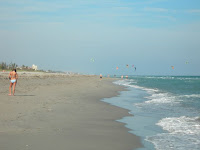 Or just a retreat. The cost would be airfare, room and board and cost of the workshop. Or no workshop. I like to dream.

Reasons:
a) I'd love to meet so many of you. I think so many of you also want to meet each other!
b) Not all of us can afford the Soapmaker's Guild Conference.
c) The Winter is brutal in so many places, Florida is heaven in January.

...not so much in the Summer, though. Then one (me. everyone.) melts.
You could fry an egg on the hood of my car. Easily.

d) If you have children, maybe this is a wonderful reason to take time just for you.

I'm not pitching this, ya'see, because I don't have a mansion on the beach, and I don't know anyone who does. Tiger Woods is building his estate on Jupiter Island, but I don't think we'd be invited, and I don't think we'd find each other in that house anyway, not even in his 10,000 ft. small guesthouse. Also, Celine Dion lives there...they might be neighbors, I don't know... but I know she wouldn't have us there. We would be too rowdy!! (Jupiter Island and Tiger Woods house is about 4000 ft away if I flew from my house to his, according to Mapquest ariel view).

So even though I live just feet from some of the richest people in THE WORLD (!!!), it doesn't mean that there square footage has rubbed off on my house. (dumb house)

Too bad it's not contagious.

So there is a dream. I'm sure there's more to come, like my real dreams which are better than movies and TV. Don't want to freak you out though.
at Friday, April 24, 2009 15 comments:

Email ThisBlogThis!Share to TwitterShare to FacebookShare to Pinterest
Labels: thoughts

I asked Sherrie of Birch Bark Soap to do a tutorial on round soap making and she agreed. The following was written by her and can also be seen on her blog linked at the end of the post. Thank you, Sherrie!

Joanna asked me to write up a tutorial for making round soaps. Since I needed to make a batch of loofah bars, I thought I would do both at once! I’ve bolded the instructions specific to loofah bars, as well as a few other key points. I hope it’s helpful; please leave a comment if anything is unclear or if you have any questions.

The main thing for making round soaps is having the right molds, namely a setup that won’t leave you with a hernia from trying to extract your soap. (*Ahem. I may have tried some setups that left me with bruises, cuts, and other various injuries.*) From everything I’ve tried, this is by far the best. What I use are pieces of a PVC pipe I picked up at the hardware store, in the plumbing section. It was approximately $9 for a pipe which I could cut into three manageable lengths (approximately one foot each), and the diameter is three inches or so. For loofah soaps, you’ll need at least that diameter; for regular soaps, it’s doesn’t matter which diameter you choose. I used a hacksaw to cut it into sections; it wasn’t too difficult. Just make sure that your lines are straight, or you might have a pipe that won’t sit flat when you’re trying to pour soap into it. While you’re at the hardware store, pick up the end caps that fit over the pipes, one for the bottom of each mold (I think they were around $1 each.) They’re very important; I’ve tried wrapping other things over the end, but it has always made a big mess.

The other thing you need is a silicone baking sheet. They’re available at some dollar stores, but you need one that is quite thick and stiff. (If you’re in Canada, the ones pictured are on sale this week at Canadian Tire for around $2. They work very well.) If it’s too floppy, you’ll end up with a mess, since they tend to collapse in on themselves when you pour the soap in. Incidentally, the thin ones work very well for lining loaf molds, since you can get square-er corners on the bottom of your bars. You’ll probably need to trim the silicone sheet a bit, but you want it to roll up and stick up out of the top of the mold, at least three or four inches, as seen in the first picture. This is very important later on, when you’re trying to get your soap out. So, roll up your silicone sheet, pop it in, and make sure that it’s even from top to bottom. Also, if there’s a pattern on one side of the sheet, make sure that you notice which side. If you like the pattern and want it on the sides of your bars, that’s peachy, but not if you wanted plain sides.

Loofah details: If you’re making a loofah soap, you’ll need 12 inch loofahs, which are available from some craft and soap supply places. Cotton Blossom Crafts has fast, excellent service (although they only ship in the US) and tons of goodies. That’s where I bought mine. You also need to make sure that your loofah will fit inside your lined mold. Many of the loofahs I have seem to be a bit wider at one end; you can trim them with a serrated knife if you need to. Pop in your loofah, and make your soap. You don’t want to put in any herbs, petals, or other things, as they will get gummed up in the loofah, and you only want your soap brought to a very thin trace. Take this into account when you’re adding in your fragrance or essential oils, especially if they accelerate trace.

If you’re making a regular batch of soap, without the loofah, just make it as usual, and pour it into your cookie-sheet lined mold at medium trace. One thing I would advise is to make it in a bowl or container with a pour spout, whether you’re using a loofah or not. The opening is small enough in the top of the mold to make it tricky without the spout. (*Ahem. I may have made many, many messes and poured lots of soap on the floor before thinking of this.*)

I was trying to take pictures at the same time as I poured the soap, which didn’t really work out, except to show you that this is too thick for loofah soap. I let it stand for a minute while I changed some camera settings, and it thickened enough to make it a bit tricky for pouring into my loofah.

The next part is the other key for loofah soaps: as you’re pouring your soap in, you need to pour it in stages. I do about three pours for each 12 inch mold. Also for the loofah bars, give it a serious jiggle between each pour, so that the soap permeates the loofah and you eliminate any air bubbles or pockets. Serious, quick, small jiggles back and forth, without sloshing your soap up and out of the mold and all over your hands and face. (*Ahem.*) Once it’s full, keep jiggling, until no more air bubbles break the surface. For a regular batch, you’ll also need to jiggle a bit, but not nearly as much, or as seriously. Wrap them with a towel or two for a day or two, and covering the top with part of the towel helps, too.

To unmold, just hold on tight to the pipe and pull on the cookie sheet part that’s sticking up out of the mold. There will be a bit of suction as the bottom releases, and you’ve got to give it a good tug, but it should slide right out. Unwrap it from the baking sheet and let it rest for a few hours before cutting. For loofah soap, let it sit in the mold for at least three or four days. The soap will have time to soften the loofah enough to make it easy to cut. If you try too soon (*ahem*) you will get blisters trying to cut it into pretty, even slices. Edited to add: You won’t be able to cut it with a counter scraper, you will need a knife. One that’s serrated will leave marks, so keep that in mind when choosing your knife. 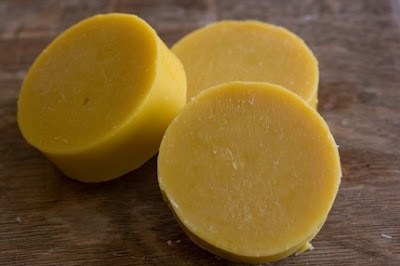 Sherrie, thank you, again, for the excellent soap tutorial, with excellent detail, photographs and resources. You once again rock!!

Up Close and Personal

I Twitter. Do you? I got this cute mosaic of the people who are following me on Twitter and thought it would be pretty to put them up. They are! I also love that my husband's face is right next to a box that says BITCH right on it. hehe.